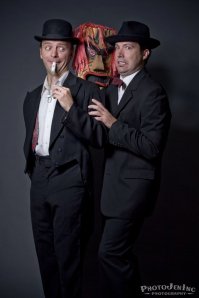 We’ve played The Comedy Store, The Improv, Flappers, The Tomorrow! Show with Ron Lynch, and such burlesque shows as Peepshow Menagerie, Sultry Sweet Burlesque, and our home away from home, The Monday Night Tease.

As far north as Fresno and as far south as San Diego! Although, come to think of it, the San Diego gig was our Batman and Alfred shtick, which is a whole other kettle of fish.

So let’s just say for the sake of argument, let’s say as far south as Fullerton.

Here’s some video of us live:

I’m working on a “sizzle reel” as they call it. 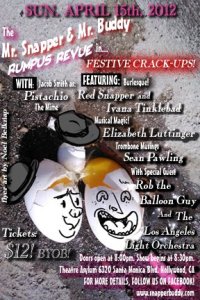